Have yourself a Merry little Christmas

Have you ever had a holiday season you’ll never forget? I hope to never forget the Christmas of 1978. I was seven. My family, after spending about six months living in a travel trailer in Shingle Springs, had just moved back to Sacramento. My brother and I were so excited to have our own rooms and in a real house, too.

Don’t get me wrong, I love Shingle Springs. It really is a beautiful area. My parents made the decision to buy a piece of property to build a home on, but also decided to move onto the property and live in a travel trailer while the house was being built. But living in cramped quarters meant for short-term travel, and with very little electricity – and in the snow – was a bit much, even for a seven-year-old girl. It was such a cool thing to see deer outside our door, but putting my clothes in the oven so they could warm up before I got dressed every morning… not so much.

When it became apparent the contractor had no intention of building the house, my parents moved us back down to Sacramento. We moved into a three-bedroom rental on Black Duck Way a week before Christmas. In the hustle and bustle of packing, moving, unpacking and registering at a new school, it didn’t really dawn on my brother and I that Christmas was close. With just days to go until the holiday hit, my parents sat my brother and I down, and explained to us that because we had just moved, Santa probably wouldn’t have our new address and we probably would not get Christmas this year. No tree, no stockings and no gifts. I know I can speak for my brother when I say we were both a little heartbroken, but were making the best of it with our new rooms and the promise of Christmas Eve and Grandma’s house.

That Christmas Eve was magical. I remember having such a good time at Grandma’s house with my cousins. The food was plentiful and the warmth of the house felt amazing. And we all know that grandparents rarely disappoint – the house was decked with decorations and plenty of gifts for everyone under the tree. I remember going home that night and thinking, “Wow, this Christmas was great! I’m so lucky!” I guess you could say that was seven-year-old gratitude.

And then we woke up Christmas morning – to an even bigger reason to be grateful. Santa (in the form of my uncle and my dad’s best friend) had come! We woke up to a real Christmas tree in our new living room, with gifts for my brother and I under the tree! The feeling I had in my seven-year-old heart was a feeling of unworthiness. I thought I had already had such a wonderful evening, I couldn’t possibly have been such a good girl that year to deserve even more.

I guess the beauty of the holidays is we don’t have to earn it. The magic and beauty of the season is there for everyone to take hold of, regardless if you believe in Santa or not.

This year, I hope you take hold of that magic and share it with your family, friends and complete strangers.

My 8 Commandments to 20+ lb Weight Loss 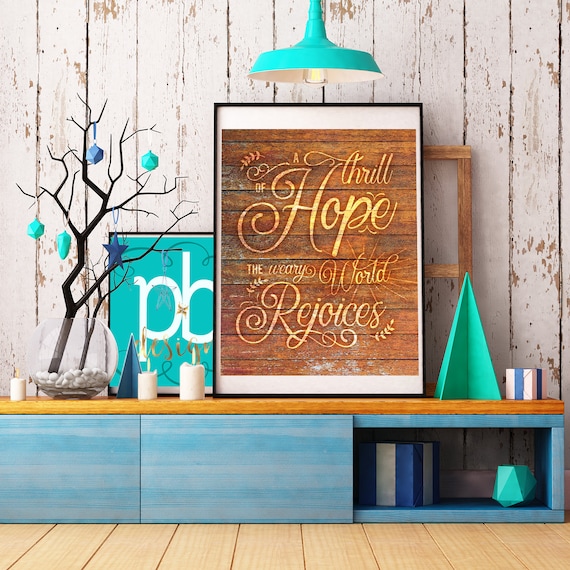 I am passionate about creating meaningful artwork for your body, soul and home. Have a custom design in mind? Contact me. Thanks for visiting! ~Kristine